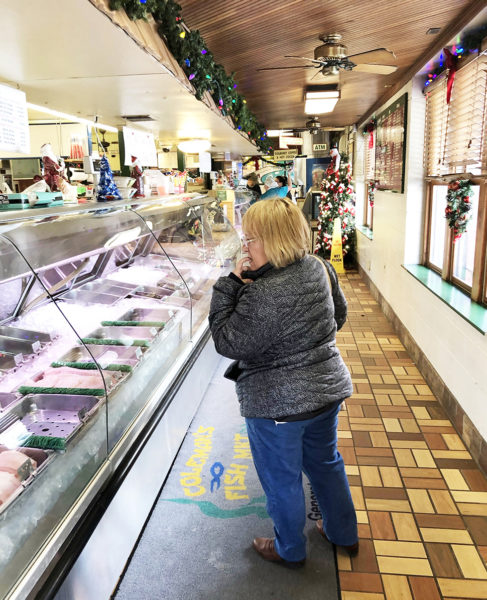 On Monday, with Christmas Eve still a week away, local descendants of the Cerra family were already preparing for a blow-out holiday meal that will feature seafood. It’s not just about the fish, but a tangible connection to the sunny tip of the Italian “boot” from whence their family came.

Debbie Cerra Cresap and daughter Libby Gramby had made the rounds at Coleman’s and Jebbia’s markets — picking up salted cod (baccala), ocean smelt and a bevy of other ingredients that will make up their Feast of the Seven Fishes.

An Italian-American version of La Vigilia (a meal connected to the Roman Catholic observance of the Nativity, although not associated with any specific number of dishes in Italy itself) — the feast is a family tie that goes back to Cerra Cresap’s immigrant grandparents.

Back to the Baccala

Cerra Cresap, an assistant professor in the medical field at West Virginia Northern Community College, was plotting out just when she would begin to soak much of the salt out of the preserved baccala. Three days’ worth of water baths — changed three times a day — should do it. “One time, I did it for seven days,” she said, wrinkling her nose in disgust at the memory. “I don’t know what I was thinking. It was so bland.”

By the morning of Christmas Eve, she will really be ready to roll. The tails and other small bits of baccala will go into a massive sauce pot — along with canned plum tomatoes, onions, oregano, basil and thyme — to simmer all day long.

“It’s not Christmas Eve until my house smells of baccala,” Cerra Cresap said. “I will go outside in the cold and come back in — so the smell hits me.”

“It’s not Christmas Eve until my house smells of baccala. I will go outside in the cold and come back in — so the smell hits me.” –  Debbie Cerra Cresap

Throughout the day, other delights will emerge from Gramby’s spacious Bethlehem kitchen, which has become the meal’s headquarters as the family has grown. As a mealtime of 6 or 7 p.m. nears, the larger pieces of baccala will go into a 325-degree oven, covered with a “bit of sauce,” and three generations of Cerras will begin a speedy, well-choreographed dance in order to deep fry at least five pounds of smelt while the baccala is baking.

Ocean smelt (the lake ones are too small for this purpose, Cerra Cresap said) are dredged in flour and egg before being coated with both Italian-style breadcrumbs and the very non-Italian Japanese panko. Such intercultural coating reflects the family’s more than 100 years in America, as do other alterations to the meal. 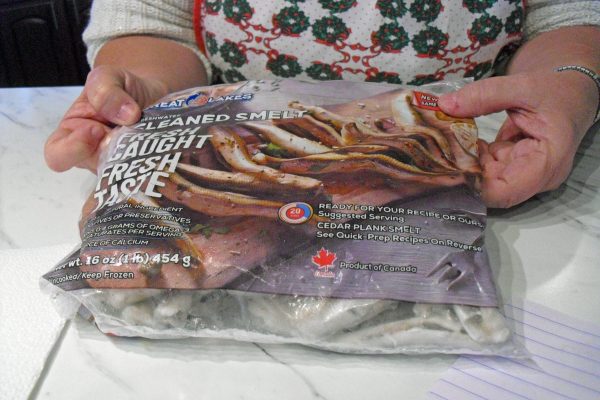 While some Italian-American families (at least in the past) celebrated Christmas Eve with seven seafood dishes, or even as many as 13, Cerra Cresap said her family has now settled on two or three. There’s the baccala with tomato sauce and linguine, the smelt and the occasional shrimp or scallop dish. She knows of other local families of Italian descent that prefer seafood salads, chowder-like fish stews or even octopus.

“I think it all depends on the area that people were from and their traditions as to how they make it (now),” Cerra Cresap said.

The Cerras — like many Wheeling residents of Italian descent — came to America around 1900 from the Calabria region. “The majority of your food came from the Mediterranean Sea,” Cerra Cresap said of her grandmother’s description of late 1800s life in Naples. “She said that it was a very poor region. There was no way to preserve the food (other than salt curing).”

For many years, the family celebration closely mirrored that European life. “We always ate late in the day because we were always going to midnight Mass following that.” Now, the family eats earlier and worships earlier — sometimes somewhere other than a Catholic church.

And, no one gets worked up about variations such as the panko breading or fewer dishes. Or that, even though meat is non-traditional given the partial fast associated with the Italian/Roman Catholic version of La Vigilia, Cerra Cresap also makes rib-eye steak to accommodate family members who aren’t seafood fans.

“You have to feed them all,” Cerra Cresap concedes with a grin, noting a vegetarian hasn’t popped up in the family “yet.” 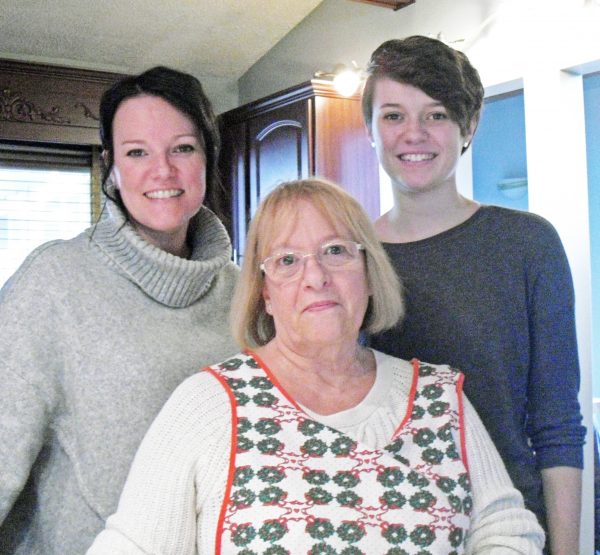 She also puts them all to work.

“We just dance around each other,” Cerra Cresap said of hustling around the kitchen with daughter Gramby, daughter Dawn Barcus, also of Wheeling, and granddaughter Emily Sleeth, a senior at Ohio University in Athens, Ohio. A division of labor is crucial. Sleeth, for example, has been the family’s official smelt de-boner since she was 5 years old.

“She thought it was just a cool, gross thing to do, and it stuck,” Cerra Cresap said with a laugh that is abruptly cut off when she more closely inspects one package of whole, frozen smelts. “Aaak. These are already cleaned!”

A rapid, multi-generational discussion ensues. Five pounds of smelt, 13 people expected around the table and no specified work for Sleeth. There is clearly only one solution. “We’ll buy more,” Cerra Cresap decided. With bones.

Feast of the Seven Fishes has always been like that, she explains. Family first. When she was young, she would shop at Coleman’s and Jebbia’s with her dad the same way she now shops with daughter Gramby, for example.

The feast took on a special significance when her parents divorced. “It was that one time in the year that I would see everyone in my family in my aunt’s kitchen,” she said. Saddened by the lack of access to family that the divorce brought about in her life, Cerra Cresap makes sure even former spouses are included in modern festivities.

Her own husband, a British-American whose history goes back to pre-Revolutionary War days, is on board with that. With few holiday traditions in his own family, Tom Cresap said he has rapidly embraced the feast. “We like to eat, too.” 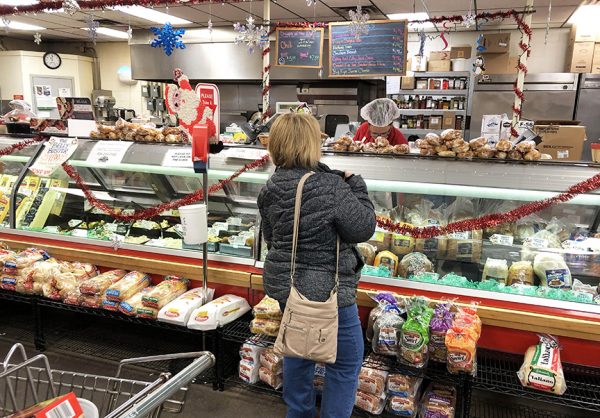 Will they ever eat such foods in Italy? Maybe. “I’d love to take a cruise to Italy and Greece, even if I never got off the boat,” Cerra Cresap dreams aloud. But, if not, she’ll keep serving up the holiday fish, a tradition Sleeth vows to carry on as a fifth-generation American.

Gramby nods from a couch near her kitchen’s island. “It’s just mostly about family, which really is probably what it was always about,” she said of the feast. “For me, it’s my favorite meal.”