Editor’s note: As part of a continuing series on how Wheeling residents express their spirituality, today’s post features a young couple who are going against the cultural flow. Matt and Amanda Cummins are trading potential big-pay job training for the big-blessing world of ministry.

Sometimes God comes at you fast. In one season of life, Matt Cummins was a relatively happy atheist, pursuing a master’s degree in chemical engineering and operating under the assumption that, “all religion kind of seemed absurd.”

Rocket forward a decade — past an encounter with Old Testament prophecy that engaged and changed his mind, past a conversion whose date is marked in his Bible, past life problems that included an abrupt career loss and the near death of his young wife. And, there you have him. A 30-something who is entering the ministry — potentially as a missionary — and making a commitment to lower-pay service that is growing rare among even those Americans who cut their teeth on church pews.

“It may look crazy on the outside, but this is the same God of Joseph,” Cummins said, referring to an ancient Israelite who was blessed and became a blessing in spite of experiencing both slavery and imprisonment. 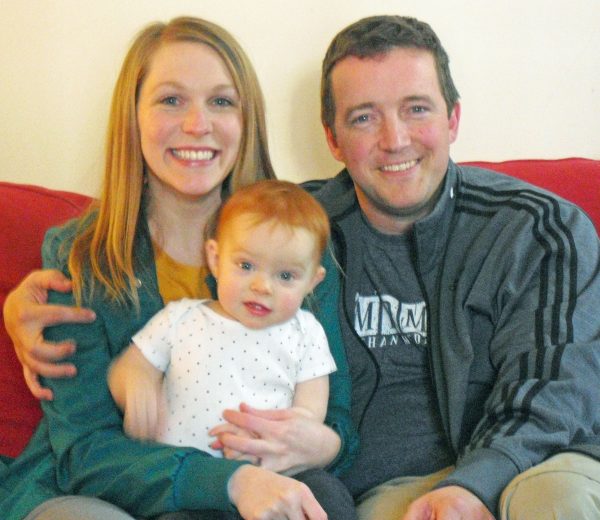 Cummins identifies with Joseph, having experienced similar kinds of ups and downs. Prior to his conversion to Christianity in 2008, he had drifted from a loose childhood church affiliation to agnosticism to atheism. Then, everything changed.

“In college, people began to witness to me in ways that appealed to my intellectual interests … I kept looking for empirical evidence (of God’s existence) that I could evaluate. It was the Old Testament prophecies that compelled me into Christianity,” he said.

Isaiah, written more than 600 years before the birth of Jesus, was especially arresting in its detailed description of a Messiah that had yet to come, he said. “That really impressed upon me the truth, the authority of the (scripture).”

Ironically, it was a Bible study on the second coming of Christ that is still anticipated by Christians that sealed the deal. Cummins went home from the study, concerned he might miss out on what God was doing. He prayed for salvation and a literal new life was launched.

Like Joseph, Cummins soon experienced a shocking loss. Citing a “lack of passion,” his boss let him go from an engineering job. Encouraged by friends and having good memories of coaching gymnastics while a teen, he began teaching at a private Christian school. But, this new work was at one-third his former salary.

“I worried what (my wife) Amanda’s parents would think,” he said, noting another initial reaction to the change, shame.

Looking back on that moment, however, the Louisville, Ky., native, sees God at work. “I know that this was God’s purpose for me,” he said of the job loss. “I would have continued running uphill … Being let go was an opportunity to explore another territory.”

That opportunity included time. Time to teach children. Time to learn more about the Bible. And, time to begin teaching Bible studies himself at the couple’s spiritual home, First Baptist Church of Wheeling. 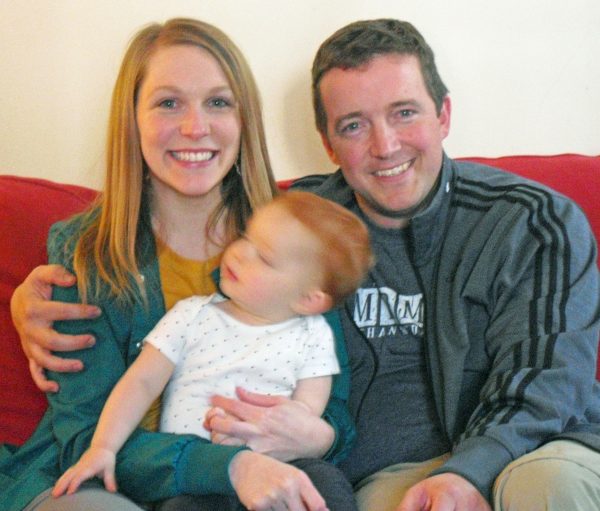 “Growing deeper in the word, I really began to love the church,” Cummins said. The couple began going on mission trips — to India, Nepal, Nigeria and Honduras — using Amanda’s physician’s assistant training as a springboard. “There came a point when I was ready to devote myself full time.”

Still, the couple, now married nine years, persevered. She is back on her job as a PA at Wheeling Health Right, a non-profit clinic in the downtown. Matt cares for Jane and works on his master’s of divinity, often spreading his schoolwork and a laptop computer over a corner table at nearby Tim Horton’s. He has about two years of studies to go.

Amanda Cummins, who has felt a similar calling to move beyond “do goodery” to a more ministerial approach to her own career calling, agrees their unconventional life is where God has led.

“That (pursuing higher pay) wasn’t even on the radar for me,” Amanda Cummins said. “I picked this profession because it seemed like a tangible way to serve God … I want to be able to provide people with a hope of something better.”

Cummins laughed at this point in the interview, acknowledging Amanda’s lack of monetary pursuit was part of her initial allure. “When I saw that Amanda was a PA and that she was choosing to work with the underprivileged and was willing to take a hit in income — that was an indication of authenticity.”

This kind of passion may serve the couple well, as their long-term goal may not be traditional American pastoral work, but missions.

Interestingly, the Cummins aren’t the only First Baptist members training for ministry. Another young man and a young woman are also attending the same Kentucky-based seminary on site, according to Pastor Darrin Wright. Across the three, their intended paths range from mission work to pastoring to Christian counseling. 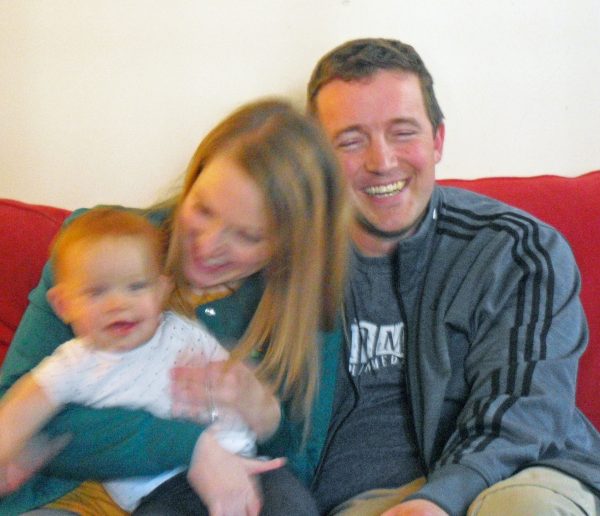 Wright suspects the church’s commitment to verse-by-verse Bible study and an emphasis on lay members, as well as ministry, going on mission trips has something to do with the trend. He estimates 50 or more local church members have done such trips in the last eight years or so. Another factor is likely about listening with spiritual ears, Wright added. “Over the years, we have preached messages challenging people to consider whether or not God is calling them into ministry.”

He can look forward to a day when the training is done and youth he has worked with are out there, somewhere, serving. “It is a humbling privilege to see God work in people’s lives this way,” Wright said of the Cummins and the others. “It never gets old seeing how God … changes and uses people for His purposes and for His glory.”

These young ministers in training are part of a national trend, as well. According to the Hartford Institute for Religion Research, seminary enrollments are up across America. Hartford noted, however, that a perceived shortage of pastors continues. With the majority of American churchgoers now attending mega-churches of 350 or more members, churches with fewer than 100 members are having difficulty finding pastors.

The Hartford Institute said there is not so much of a “shortage as a lack of balance.” With few pastoral jobs at the top and a disappearing opportunity for traditional career advancement through mid-sized congregations, some ordained ministers are leaving the field rather than sign on for a lifetime with the smaller churches that make up the majority of American houses of worship.